Alessio Galbiati: How was the idea of telling the story of Willets Point and its people born?

J.P. Sniadecki: In the early summer of 2008, Verena started shooting a short film along the 7 train that runs from Times Square in Manhattan to Flushing, Queens. She began by walking under the elevated train from Flushing west towards Times Square, filming everything and everyone that she encountered. By the second station on the train, she had discovered Willets Point, an industrial enclave of 13 city blocks, crammed between Shea Stadium and the Flushing River. Within moments of setting eyes on the sprawling junkyards and vibrant micro-economy of refuse and recycling, she knew she had to make a feature-length film there.

At that time, I was in Sichuan shooting a film and Verena was working with Lucien Castaing-Taylor in the Sensory Ethnography Lab at Harvard. Towards the end of the summer, Lucien sent me an email to ask if I’d be interested in possibly working with Verena on a documentary in Willets Point. At that time I didn’t really know Verena very well, nor did I know anything about the area of Willets Point, but from what Lucien wrote and the NY Times articles he sent, I was immediately interested. So Verena and I got in touch over email and decided to head down to New York together when I returned to Cambridge that September.

We went down on a weekend and took the 7 train out to the far eastern end of Queens. As soon as we got to the first main crossroads of Willets Point, with touts hailing cars in the pock-marked dirt roads and car parts being dragged around from shop to shop, I was struck by the fascinating visual and aural impression of the place. Growing up in Indiana and Michigan, I often played in junkyards with my friends, so these mountains of mechanical refuse were not new to me. What was new, however, was the international vibe of Willets Point: although most workers came from Spanish-speaking parts of Central and South America, there were also people from Afghanistan, Israeli, Burkina-Faso, Jamaica, Pakistan, India, Italy, Korea, and China. Verena introduced me to all the people she had met there and, through our filming, we made even more friends, and they became our consultants, our confidants, and our main film-subjects, people such as Joe, Julia, Sara and Luis, Marco, Diablo, Moe, Manny, Roadrunner, Pasiana, V.K., Raymundo, and Victor Espinoza.

That first day we had an amazing time filming together, passing the camera back and forth, discovering the offbeat beauty of the people, labor, and environment of Willets point. It was a completely natural and organic collaboration – both between Verena and me and between us and the people of Willets Point – that we ended up staying in the junkyard until late into the night. In fact, the first shoot set a precedent: we never wrapped-up before nightfall.

As anthropologists, we are both receptive to allowing the particular dynamism and life rhythms of Willets Point to shape our filmmaking. Observant of the imbrication of human and machine – as well as the meaning of labor – in this place, we both felt early on that we wanted to make a film that gave equal attention to the auto parts and people of Willets Point. We didn’t want to overemphasize the psychology of characters, nor did we want to unreflectively aesthetisize the junkyard and auto recycling trade. In the same vein, we were drawn to the poetry of the place, but also wanted to balance that with political backdrop of the city’s abuse of eminent domain law.

Alessio Galbiati: How long did the shoot last, and how much have you filmed?

J.P. Sniadecki: The shoot started May 2008 when Verena first started shooting there. I joined in September of that year, and we continued to shoot until June 2010. Altogether we shot for over two years and amassed 150+ hours of footage.

Alessio Galbiati: How did you organize the material that you shot, and what inspired you the most during editing?

J.P. Sniadecki: We began by watching everything and pulling out any footage we felt we might possibly use. Then we began winnowing that footage down until we had about five hours of footage we felt was strong. Again, we were inspired by films, literature, installations, soundscapes, poetry, and ethnographies that do not create a hierarchy of human psychology over environment, inanimate objects, or nonhuman animals. For us, the urban landscape, the natural environment, the various animals, the labyrinths of auto parts, and the parts themselves are all indispensable “characters” of the film.

From the first wave of selection, we began making rough cuts, sometimes erring on the side of making a much too “labor-and-parts-centric” piece, other times a much too “human character-driven” piece.
We went back and forth, fine-tuning our balance. For three months straight we edited eight to ten hours a day and by December eventually had a 110-minute cut. When I had to leave for Beijing in January 2009, Verena stayed in Cambridge and we edited remotely, sending roughcuts back and forth. When my hard drives went down in late May, Verena kept on editing as if she were running a marthon and did an amazing and totally inspired job of cutting the film down to a compelling 85 minute roughcut. We sent that rough cut to Locarno and were beside ourselves with excitement when they selected the film. At the time when we received the good news from Switzerland, Verena was in Ile Aux Moines and I was in the south India countryside of Tamil Nadu shooting a film. So again we worked together from these two very remote places to refine the film and eventually met in Paris in mid-July – just two weeks before the Locarno festival – to finish the film and cut it down to its final 80 minute length.

Alessio Galbiati: “Foreign Parts” ends without explaining what happened to the area. I suspect that both the story and the people are still present inside of you and probably you’re still following the events. What’s happening now in Willets Point?

J.P. Sniadecki: Yes, they are all still present inside us, and we speak with Joe regularly and receive updates from him and Marco Neira. As you can imagine, the area is still operating, though business is slow and shops are closing. The estimate is that the city now lays claim to 80% of the land but with the economic downturn the redevelopment plan of the Economic Development Committee has met with setbacks. There have even been major critiques voiced from within city planning committees about the feasibility of changes proposed to VanWyck Highway, as well as critiques of the overall plan. The future is, of course, uncertain.

Alessio Galbiati: Your film is self-produced, but also partly financed by some cultural institutions such as Harvard, the Harvard Sensory Ethnography Lab, and the LEF Moving Image Fund. How did the cooperation with these prestigious institutions work? And how did it affect both the style and the results of your research?

J.P. Sniadecki: In terms of resources, these institutions made FOREIGN PARTS possible. The LEF Moving Image Fund financed us, the Harvard Film Study Center equipped us, and the Sensory Ethnography Lab and its assistant director Ernst Karel housed our editing process and helped us trouble-shoot the seemingly endless technical problems we encountered. In terms of our cinematic style, though, none of these institutions demanded any particular aesthetic treatment. In short, we were free to make the film we envisioned. Of course, the innovative nonfiction work coming out of the Sensory Ethnography Lab – such as the work of Lucien Castaing-Taylor, Diana Allan, Bridget Hanna, Stephanie Spray, and Jeff Silva – were a constant source of inspiration.

Alessio Galbiati: “Foreign Parts” reminded me of the Maysles brothers’ reality cinema, not only for the approach and method, but also because it keeps the right “distance” between the camera and the subjects. Does your approach to cinema have cinephile influences, or did it develop from your academic careers as anthropologists?

J.P. Sniadecki: This question of “the right distance” between the camera and its subjects was brought up by film critic Tony Rayns during a conversation we had at Locarno. He recalled for us a discussion he had with Chris Marker about the Hara Kazuo film YUKI, YUKITE SHINGUN (THE EMPEROR’S NAKED ARMY MARCHES ON). Marker said he felt Hara’s film achieved this “right” or “appropriate” distance between filmmaker and film-subject. Rayns told Verena and me that at the time he didn’t agree with Marker and didn’t give the comment another thought until he saw FOREIGN PARTS. It was at our Locarno premiere, he said, that he first saw a film that somehow always finds the “right distance.”

Our approach to cinema definitely has cinephile influences, as we both find the bulk of our inspiration in a wide range of experimental, nonfiction, and fiction work. We could give you a list of names of directors whose work we love, but it would be an incredibly long list. Anthropology’s influence comes in when considering our commitment to the communities in which we work, how much time we spend with people in their place, taking our cues from what we observe, being open to what people and their place have to teach us, making the film with them rather than about them. Of course, many non-anthropologist filmmakers work in this way. One only needs to think of Pedro Costa, Lisandro Alonso, or C.W. Winter. But anthropology also cultivates a self-reflexivity, both in the concrete pro-filmic and in our conceptual approach, that may not always find its way into most nonfiction work.

Alessio Galbiati: Are you currently working on a new project?

J.P. Sniadecki: We are in the research and planning process of a new film, but we also individually have been making new work. A new experimental short of mine, THE YELLOW BANK, which is a portrait of weather and waterways in Shanghai during the total solar eclipse, will have its world premiere at this year’s Vancouver International Film Festival. And Verena is working on setting up an expedition to the plastic vortex, and she is also working on a piece about aliens. 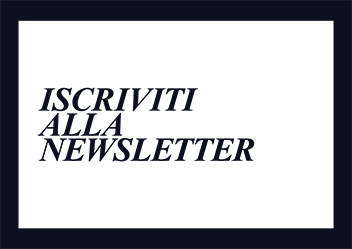